Search Results for: book trade connections from the seventeenth to the twentieth centuries 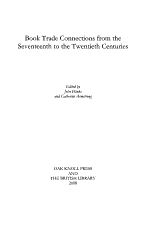 The ninth volume of the Print Network series contains twelve chapters from scholars working on the connections between the parties involved in the production of print artefacts, from author to printer, publisher, bookseller and reader. Chronologically, the offerings range from the seventeenth to the twentieth centuries as they track the developing trade in England, Scotland, Wales and Ireland. Publishers and readers who spent part of their lives in North America are also featured in several of the chapters. The main theme emerging from this volume is the significance of cheap print, including newspapers and journals. The social, cultural political and economic significance of these artefacts is highlighted by an in-depth examination of the lives of those men and women who participated in the book trade. 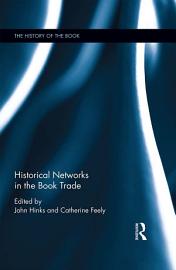 The book trade historically tended to operate in a spirit of co-operation as well as competition. Networks between printers, publishers, booksellers and related trades existed at local, regional, national and international levels and were a vital part of the business of books for several centuries. This collection of essays examines many aspects of the history of book-trade networks, in response to the recent ‘spatial turn’ in history and other disciplines. Contributors come from various backgrounds including history, sociology, business studies and English literature. The essays in Part One introduce the relevance to book-trade history of network theory and techniques, while Part Two is a series of case studies ranging chronologically from the Middle Ages to the twentieth century. Topics include the movement of early medieval manuscript books, the publication of Shakespeare, the distribution of seventeenth-century political pamphlets in Utrecht and Exeter, book-trade networks before 1750 in the English East Midlands, the itinerant book trade in northern France in the late eighteenth century, how an Australian newspaper helped to create the Scottish public sphere, the networks of the Belgian publisher Murquardt, and transatlantic radical book-trade networks in the early twentieth century. 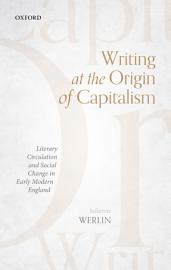 In the late sixteenth through seventeenth centuries, England simultaneously developed a national market and a national literary culture. Writing at the Origin of Capitalism describes how economic change in early modern England created new patterns of textual production and circulation with lasting consequences for English literature. Synthesizing research in book and media history, including investigations of manuscript and print, with Marxist historical theory, this volume demonstrates that England's transition to capitalism had a decisive impact on techniques of writing, rates of literacy, and modes of reception, and, in turn, on the form and style of texts. Individual chapters discuss the impact of market integration on linguistic standardization and the rise of a uniform English prose; the growth of a popular literary market alongside a national market in cheap commodities; and the decline of literary patronage with the monarchy's loosening grip on trade regulation, among other subjects. Peddlers' routes and price integration, monopoly licenses and bills of exchange, all prove vital for understanding early modern English writing. Each chapter reveals how books and documents were embedded in wider economic processes, and as a result, how the origin of capitalism constituted a revolutionary event in the history of English literature. 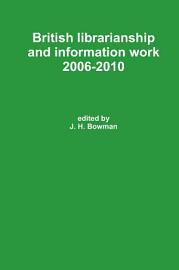 This is the latest in an important series of reviews going back to 1928. The book contains 26 chapters, written by experts in their field, and reviews developments in the principal aspects of British librarianship and information work in the years 2006-2010. 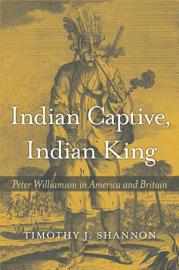 In 1758 Peter Williamson, dressed as an Indian, peddled a tale in Scotland about being kidnapped as a young boy, sold into slavery and servitude, captured by Indians, and made a prisoner of war. Separating fact from fiction, Timothy Shannon illuminates the curiosity about America among working-class people on the margins of empire. 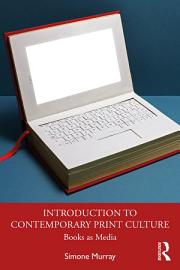 Introduction to Contemporary Print Culture examines the role of the book in the modern world. It considers the book’s deeply intertwined relationships with other media through ownership structures, copyright and adaptation, the constantly shifting roles of authors, publishers and readers in the digital ecosystem and the merging of print and digital technologies in contemporary understandings of the book object. Divided into three parts, the book first introduces students to various theories and methods for understanding print culture, demonstrating how the study of the book has grown out of longstanding academic disciplines. The second part surveys key sectors of the contemporary book world – from independent and alternative publishers to editors, booksellers, readers and libraries – focusing on topical debates. In the final part, digital technologies take centre stage as eBook regimes and mass-digitisation projects are examined for what they reveal about information power and access in the twenty-first century. This book provides a fascinating and informative introduction for students of all levels in publishing studies, book history, literature and English, media, communication and cultural studies, cultural sociology, librarianship and archival studies and digital humanities. 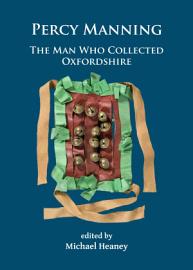 This volume provides the first detailed biography Percy Manning (1870-1917), an Oxford antiquary who amassed enormous collections about the history of Oxford and Oxfordshire. 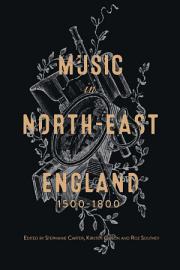 This collection situates the North-East within a developing nationwide account of British musical culture. 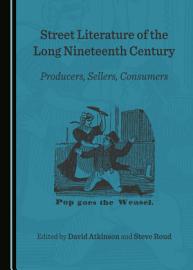 For centuries, street literature was the main cheap reading material of the working classes: broadsides, chapbooks, songsters, prints, engravings, and other forms of print produced specifically to suit their taste and cheap enough for even the poor to buy. Starting in the sixteenth century, but at its chaotic and flamboyant peak in the nineteenth, street literature was on sale everywhere – in urban streets and alleyways, at country fairs and markets, at major sporting events and holiday gatherings, and under the gallows at public executions. For this very reason, it was often despised and denigrated by the educated classes, but remained enduringly popular with the ordinary people. Anything and everything was grist to the printers’ mill, if it would sell. A penny could buy you a celebrity scandal, a report of a gruesome murder, the last dying speech of a condemned criminal, wonder tales, riddles and conundrums, a moral tale of religious danger and redemption, a comic tale of drunken husbands and shrewish wives, a temperance tract or an ode to beer, a satire on dandies, an alphabet or “reed-a-ma-daisy” (reading made easy) to teach your children, an illustrated chapbook of nursery rhymes, or the adventures of Robin Hood and Jack the Giant Killer. Street literature long held its own by catering directly for the ordinary people, at a price they could afford, but, by the end of the Victorian era, it was in terminal decline and was rapidly being replaced by a host of new printed materials in the shape of cheap newspapers and magazines, penny dreadful novels, music hall songbooks, and so on, all aimed squarely at the burgeoning mass market. Fascinating today for the unique light it shines on the lives of the ordinary people of the age, street literature has long been neglected as a historical resource, and this collection of essays is the first general book on the trade for over forty years.