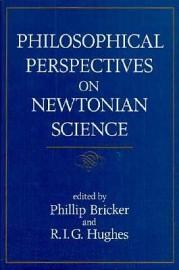 These original essays explore the philosophical implications of Newton's work. They address a wide range of topics including Newton's influence on his contemporaries and successors such as Locke and Kant, and his views on the methodology of science, on absolute space and time, and on the Deity.Howard Stein compares Newton's refusal to lock natural philosophy into a preexisting system with the more rigid philosophical predilections of his near-contemporaries Christian Huygens and John Locke. Richard Arthur's commentary provides a useful gloss on Stein's essay. Lawrence Sklar puzzles over Newton's attempts to provide a unified treatment of the various "real quantities": absolute space, time, and motion. According to Phillip Bricker's responding essay, however, the distinctions Sklar draws do not go to the heart of the debate between realists and representationalists.J. E. McGuire and John Carriero debate Newtons views of the relationship between the Deity and the nature of time and space. Peter Achinstein looks at the tension between Newton's methodological views and his advocacy of a corpuscular theory of light; he suggests that Newton could justify the latter by a "weak" inductive inference, but R.I.G. Hughes believes that this inference involves an induction Newton would be unwilling to make. Immanuel Kant's critique of Newton's view of gravity is discussed and amplified by Michael Friedman In response, Robert DiSalle raises a number of problems for Friedman's analysis. Errol Harris and Philip Grier extend the discussion to the present day and look at the ethical implications of Newton's work.Phillip Bricker is Associate Professor of Philosophy at the University of Massachusetts at Amherst. R.I.G. Hughes is Associate Professor of Philosophy at the University of South Carolina. Philosophical Perspectives on Newtonian Science is included in the Johns Hopkins Series on the History and Philosophy of Science. 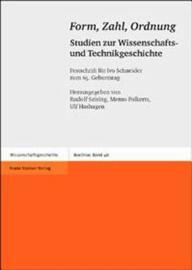 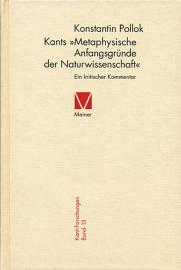 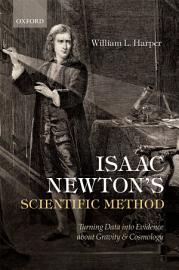 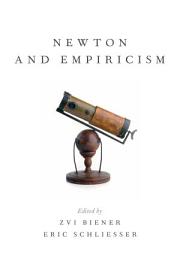 This volume of original papers by a leading team of international scholars explores Isaac Newton's relation to a variety of empiricisms and empiricists. It includes studies of Newton's experimental methods in optics and their roots in Bacon and Boyle; Locke's and Hume's responses to Newton on the nature of matter, time, the structure of the sciences, and the limits of human inquiry. In addition it explores the use of Newtonian ideas in 18th-century pedagogy and the life sciences. Finally, it breaks new ground in analyzing the method of evidential reasoning heralded by the Principia, its nature, strength, and development in the subsequent three centuries of gravitational research. The volume will be of interest to historians of science and philosophy and philosophers interested in the nature of empiricism. 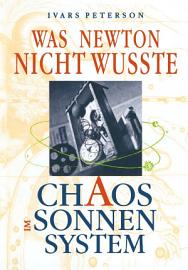 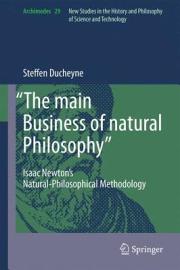 In this monograph, Steffen Ducheyne provides a historically detailed and systematically rich explication of Newton’s methodology. Throughout the pages of this book, it will be shown that Newton developed a complex natural-philosophical methodology which encompasses procedures to minimize inductive risk during the process of theory formation and which, thereby, surpasses a standard hypothetico-deductive methodological setting. Accordingly, it will be highlighted that the so-called ‘Newtonian Revolution’ was not restricted to the empirical and theoretical dimensions of science, but applied equally to the methodological dimension of science. Furthermore, it will be documented that Newton’s methodology was far from static and that it developed alongside with his scientific work. Attention will be paid not only to the successes of Newton’s innovative methodology, but equally to its tensions and limitations. Based on a thorough study of Newton’s extant manuscripts, this monograph will address and contextualize, inter alia, Newton’s causal realism, his views on action at a distance and space and time, the status of efficient causation in the /Principia/, the different phases of his methodology, his treatment of force and the constituents of the physico-mathematical models in the context of Book I of the /Principia/, the analytic part of the argument for universal gravitation, the meaning and significance of his regulae philosophandi, the methodological differences between his mechanical and optical work, and, finally, the interplay between Newton’s theology and his natural philosophy. 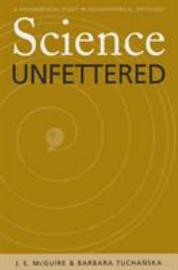 Working on a large canvas, Science Unfettered contributes to the ongoing debates in the philosophy of science. The ambitious aim of its authors is to reconceptualize the orientation of the subject, and to provide a new framework for understanding science as a human activity. Mobilizing the literature of the philosophy of science, the history of science, the sociology of science, and philosophy in general, Professors McGuire and Tuchanska build on these fields with the view of transforming their insights into a new epistemological and ontological basis for studying the enterprise of science. In this approach, McGuire and Tuchanska have combined work from both Anglo-American and Continental traditions of philosophy. As a result, the works of Popper, Kuhn, Quine, and Lakatos, as well as Heidegger, Gadamer, Nietzsche, Foucault, and Feyerabend, are called into play. In addition, Science Unfettered deals extensively with history and historicity, offering a theory of historicity of science as it emerges in sociocultural contexts. Unorthodox in its approach, Science Unfettered articulates an alternative that views science ontologically as a “practice,” a perspective from which traditional issues concerning the relationship of experiment to theory, the cognitive to the social, the relation between historical change and epistemic validity, the meaning of “objectivity” and the like can be addressed in a more fruitful way than is possible by starting with the traditional, ontological framework of subject and object. 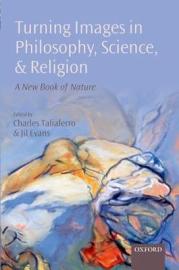 This engaging collection of essays locates the debate between theism and naturalism in the broader context of reflection on imagination and aesthetics. The eleven original essays will be of interest to anyone who is fascinated by the power of imagination and the role of aesthetics in deciding between worldviews or philosophies of nature.