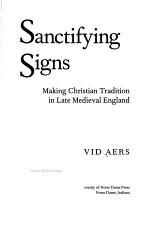 “David Aers is one of the most experienced and accomplished scholars in Middle English studies. His consistently bracing and dynamic work has opened up many extremely fertile areas in the field.” —James Simpson, Harvard University “Sanctifying Signs is a book that must be read by theologians as well as scholars of late medieval England. Through patient reading of Piers Plowman and other texts David Aers helps us see that theology is impoverished when theologians fail to read Langland with the same care they read Aquinas. This is a book about medieval England but it is no less important for the challenges facing Christians today.” —Stanley Hauerwas, Duke University Sanctifying Signs presents a critical study of Christian literature, theology, and culture in late medieval England. In this notable book, David Aers considers the diverse ways in which certain late medieval Christians and their Church engaged the immense resources of the Christian tradition in their own historical moment. Using a wide range of texts by William Langland, John Wyclif, Walter Brut, William Thorpe, and others, Aers explores the complex theological, institutional, and political processes that shape and preserve tradition during changing circumstances. He is particularly interested in why some texts were judged by the late medieval Church to be orthodox and others heretical, and the effect of these judgments on the conversations and debates of the fourteenth and fifteenth centuries. 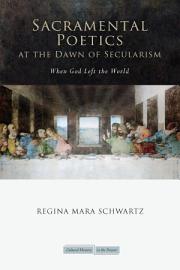 Sacramental Poetics at the Dawn of Secularism asks what happened when the world was shaken by challenges to the sacred order as people had known it, an order that regulated both their actions and beliefs. When Reformers gave up the doctrine of transubstantiation (even as they held onto revised forms of the Eucharist), they lost a doctrine that infuses all materiality, spirituality, and signification with the presence of God. That presence guaranteed the cleansing of human fault, the establishment of justice, the success of communication, the possibility of union with God and another, and love. These longings were not lost but displaced, Schwartz argues, onto other cultural forms in a movement from ritual to the arts, from the sacrament to the sacramental. Investigating the relationship of the arts to the sacred, Schwartz returns to the primary meaning of "sacramental" as "sign making," noting that because the sign always points beyond itself, it participates in transcendence, and this evocation of transcendence, of mystery, is the work of a sacramental poetics. 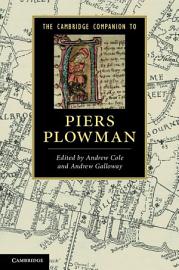 Piers Plowman has long been considered one of the greatest poems of medieval England. Current scholarship on this alliterative masterpiece looks very different from that available even a decade ago. New information about the manuscripts of the poem, new historical discoveries, and new investigations of its literary, cultural and theoretical scope have fundamentally altered the very meaning of Langland's art. This Companion thus critically surveys traditional scholarship, with the aim of recuperating its best insights, and it ventures forth into newer areas of inquiry attuned to questions of social setting, institutional context, intellectual and literary history, theory, and the revitalized fields of codicology and paleography. By proceeding through chapters that offer cumulatively wider views as well as stand-alone analyses of topics most crucial to understanding Piers Plowman, this Companion gives serious students and seasoned scholars alike up-to-date knowledge of this intricate and beautiful poem. 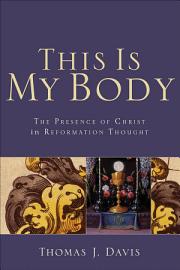 There are many general surveys of the Reformation available, and they all typically devote some space to how theologians such as Martin Luther and John Calvin understood the Lord's Supper and Christ's presence in the bread and wine. However, they usually do not provide a great deal of detail about the development of the Reformers' thoughts or the finer elements of their respective opinions. This volume by Thomas Davis fills these gaps with a more narrowly focused study. He devotes several chapters to Luther and to Calvin, examining their use of language and their understanding of the presence of Christ, both in the Lord's Supper and in the broader sense of his presence in the church. 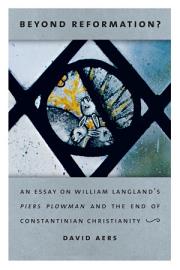 The essay form that Aers has chosen for his book contributes to the effectiveness of the argument he develops in tandem with the structure of Langland’s poem: he sustains and tests his argument in a series of steps or “passus,” a Langlandian mode of proceeding. His essay unfolds an argument about medieval and early modern forms of Constantinian Christianity and reformation, and the way in which Langland's own vision of a secularizing, de-Christianizing late medieval church draws him toward the idea of a church of “fools,” beyond papacy, priesthood, hierarchy, and institutions. For Aers, Langland opens up serious diachronic issues concerning Christianity and culture. His essay includes a brief summary of the poem and modern translations alongside the original medieval English. It will challenge specialists on Langland's poem and supply valuable resources of thought for anyone who continues to struggle with the church of today. 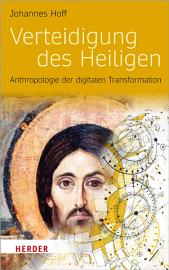 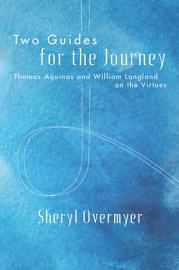 Thomas Aquinas and William Langland inherited the dynamic metaphor of journeying as a fundamental concept of the Christian life and harnessed it to animate their magisterial texts: the Summa Theologiae and Piers Plowman. Christians' journey back to God consists in the way of charity, yet it is far from straightforward or sequential. Rather, it is impinged upon by epistemic ambiguity, our willful continued habits of resistance, and inherent limitations on our perfection. In sum, the virtues are divine gifts humanly received, treasure in earthen vessels. Together these authors show the complexity we ourselves will find along this life's journey, enable our understanding to appreciate that complexity, and in limited ways cultivate in us the virtues they describe. 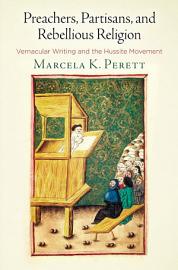 In early fifteenth-century Prague, disagreements about religion came to be shouted in the streets and taught to the laity in the vernacular, giving rise to a new kind of public engagement that would persist into the early modern era and beyond. The reforming followers of Jan Hus brought theological learning to the people through a variety of genres, including songs, poems, tractates, letters, manifestos, and sermons. At the same time, university masters provided the laity with an education that enabled them to discuss contentious issues and arrive at their own conclusions, emphasizing that they held the freedom to make up their own minds about important theological issues. This marketplace of competing religious ideas in the vernacular emerged in Bohemia a full hundred years before the Reformation. In Preachers, Partisans, and Rebellious Religion, Marcela K. Perett examines the early phases of the so-called Hussite revolution, between 1412, when Jan Hus first radicalized his followers, and 1436, the year of the agreement at the Council of Basel granting papal permission for the ritual practice of the Utraquist, or moderate Hussite, faction to continue. These were years during which the leaders of competing reform movements needed to garner the laity's support and employed the vernacular for that purpose, translating and simplifying basic theological arguments about the Bible, the church's ritual practice, and authority in the church. Perett illustrates that the vernacular discourse, even if it revolved around the same topics, was nothing like the Latin debates on the issues, often appealing to emotion rather than doctrinal positions. In the end, as Preachers, Partisans, and Rebellious Religion demonstrates, the process of vernacularization increased rather than decreased religious factionalism and radicalism as agreement about theological issues became impossible. 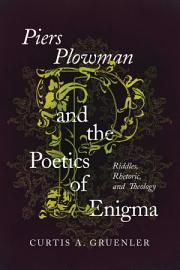 In this book, Curtis Gruenler proposes that the concept of the enigmatic, latent in a wide range of medieval thinking about literature, can help us better understand in medieval terms much of the era’s most enduring literature, from the riddles of the Anglo-Saxon bishop Aldhelm to the great vernacular works of Dante, Chaucer, Julian of Norwich, and, above all, Langland’s Piers Plowman. Riddles, rhetoric, and theology—the three fields of meaning of aenigma in medieval Latin—map a way of thinking about reading and writing obscure literature that was widely shared across the Middle Ages. The poetics of enigma links inquiry about language by theologians with theologically ambitious literature. Each sense of enigma brings out an aspect of this poetics. The playfulness of riddling, both oral and literate, was joined to a Christian vision of literature by Aldhelm and the Old English riddles of the Exeter Book. Defined in rhetoric as an obscure allegory, enigma was condemned by classical authorities but resurrected under the influence of Augustine as an aid to contemplation. Its theological significance follows from a favorite biblical verse among medieval theologians, “We see now through a mirror in an enigma, then face to face” (1 Cor. 13:12). Along with other examples of the poetics of enigma, Piers Plowman can be seen as a culmination of centuries of reflection on the importance of obscure language for knowing and participating in endless mysteries of divinity and humanity and a bridge to the importance of the enigmatic in modern literature. This book will be especially useful for scholars and undergraduate students interested in medieval European literature, literary theory, and contemplative theology. 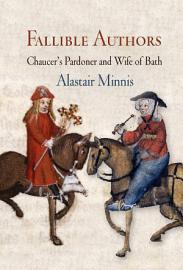 Can an outrageously immoral man or a scandalous woman teach morality or lead people to virtue? Does personal fallibility devalue one's words and deeds? Is it possible to separate the private from the public, to segregate individual failing from official function? Chaucer addressed these perennial issues through two problematic authority figures, the Pardoner and the Wife of Bath. The Pardoner dares to assume official roles to which he has no legal claim and for which he is quite unsuited. We are faced with the shocking consequences of the belief, standard for the time, that immorality is not necessarily a bar to effective ministry. Even more subversively, the Wife of Bath, who represents one of the most despised stereotypes in medieval literature, the sexually rapacious widow, dispenses wisdom of the highest order. This innovative book places these "fallible authors" within the full intellectual context that gave them meaning. Alastair Minnis magisterially examines the impact of Aristotelian thought on preaching theory, the controversial practice of granting indulgences, religious and medical categorizations of deviant bodies, theological attempts to rationalize sex within marriage, Wycliffite doctrine that made authority dependent on individual grace and raised the specter of Donatism, and heretical speculation concerning the possibility of female teachers. Chaucer's Pardoner and Wife of Bath are revealed as interconnected aspects of a single radical experiment wherein the relationship between objective authority and subjective fallibility is confronted as never before.