Search Results for: separate and unequal 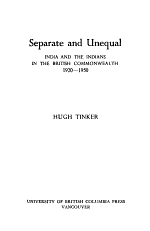 The author reconstructs the events that inspired the landmark Supreme Court case that supported the states' rights to establish "separate but equal" institutions in the U.S., revealing the complex history and colorful characters underpinning this notorious ruling. 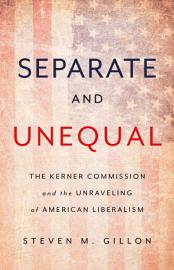 From a New York Times bestselling author, the definitive history of the Kerner Commission, whose report on urban unrest reshaped American debates about race and inequality In Separate and Unequal, New York Times bestselling historian Steven M. Gillon offers a revelatory new history of the National Advisory Commission on Civil Disorders -- popularly known as the Kerner Commission. Convened by President Lyndon Johnson after riots in Newark and Detroit left dozens dead and thousands injured, the commission issued a report in 1968 that attributed the unrest to "white racism" and called for aggressive new programs to end discrimination and poverty. "Our nation is moving toward two societies," it warned, "one black, and one white -- separate and unequal." Johnson refused to accept the Kerner Report, and as his political coalition unraveled, its proposals went nowhere. For the right, the report became a symbol of liberal excess, and for the left, one of opportunities lost. Separate and Unequal is essential for anyone seeking to understand the fraught politics of race in America. 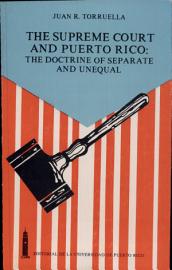 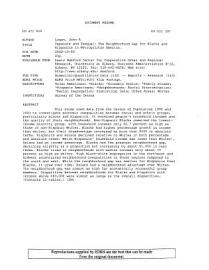 Segregation in Federal government agencies and programmes has been little appreciated as a key trait of American race relations in the decades before the Civil Rights Act of 1964. The Federal government used its power to impose a segregated pattern of race relations among its employees and, through its programmes, upon the whole of American society well beyond the Mason-Dixon line. This pattern structured the relationship between ordinary black Americans and the US Federal government -whether as employees of government agencies, inmates, or officers in federal prisons, indicutees in the Armed Services, consumers of fedarlly guaranteed mortgages or job-seekers in United States Employment offices or visitors to National Parks in which the facilities were segregated (or in some cases, non-existent for Black American visitors). In all these instances, segregation did not imply seperation simply but also profound inequality. Using extensive and original archival sources, King documents how instead of thwarting segregated race relations, the Federal government participated in their maintenance and diffusion. This is the book's first major theme, explored through detailed examination of Federal government departments and programmes. The book's second major theme is that segregated race relations resulted in intense inequality for Black Americans. 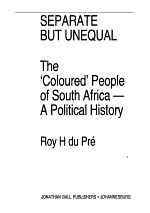 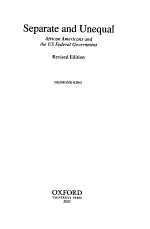 "In this landmark book, Desmond King reveals and corrects a glaring gap at the epicenter of studies of racial inequality and political development in the United States: their blindness to the pivotal role of the state in making race. With historical precision and analytic rigor, he demonstrates how, for seven decades following the legal affirmation of the doctrine 'separate and equal' in 1896, the federal government both bolstered and expanded racial separation, in effect nationalizing the pattern of black subordination elaborated by Southern segregationists in the aftermath of abolition. The abiding social and symbolic marginality of the African American community in US society thus emerges, not as an inert legacy of slavery or a result of its alleged cultural failings, but as a creature of state policies studiously enforced by the federal bureaucracy until the 1960s. Enriched by a postscript that reviews and revises its core argument, this new edition of Separate and Unequal is one that every serious student of racial domination and comparative politics will want to read and engage."--Loï¿½c Wacquant, University of California, Berkeley, and Centre de sociologie europï¿½enne, Paris Despite major strides in combating racial segregation and oppression since the Civil Rights movement, racial inequality remains a persistent and vexing problem in America today. At the forefront of recent scholarship highlighting the central influence of the US federal government on race relations well before the 1960s, Separate and Unequal uncovers, through archival research, how the federal government used its power to impose a segregated pattern of race relations among its employees and, through its programs, upon the whole of American society. In a new postscript to this revised edition, Desmond King places his original, groundbreaking analysis in the context of recent studies and connects the legacy of exclusionary programs and policies to current racial disparities in welfare reform, prisons, and education.