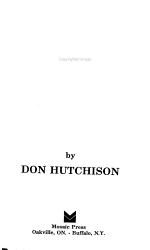 The Shadow, Doc Savage, the Spider, G-8, Captain Future, Zorro, Tarzan…an affectionate look back at the heroes of the pulp era.

The Shadow, The Spider, The Avenger, Doc Savage, The Black Bat, The Phantom Detective - these swashbuckling heroes of mid-20th-century pulp fiction all had one thing in common: They fought crime from outside the law, unhindered by red tape and unmindful of such legal niceties as due process. They fought with fists and guns, for the most part hiding their true identities beneath outlandish costume and grotesque disguises. This collection of essays by distinguished pulp-fiction aficionados chronicles the era of single-character magazines from offbeat angles and with keen insight. The pieces herein analyze key stories and characters while offering rare, behind-the-scenes glimpses of authors and editors at work, crafting and polishing the pulp-paper fever dreams that enthralled millions of young readers during the Great Depression, World War II, and beyond. Ed Hulse, editor of BLOOD 'N' THUNDER, the award-winning journal of adventure, mystery and melodrama, has assembled these affectionate essays with loving care and a discerning eye for the high-water marks in this phase of American popular culture. This third volume in the series BLOOD 'N' THUNDER PRESENTS, like its predecessors, is profusely illustrated with pulp-magazine covers and original artwork.

The American fantasy and pulp writer Paul Frederick Ernst was born in 1899 in West Peoria, Illinois. There has been occasional confusion around his name as there were two other notable authors, one German and one American, both publishing under the name Paul Ernst in the first half of the 20th century. Ernst also frequently used pseudonyms or "house" names (transferrable author names attached to a publishing house or magazine, a common practice in the early 20th century). Nonetheless, Ernst is considered a fine writer and a solid member of the pioneers of sci-fi and alternative fiction club. Not much is known about Ernst's early days and education but he was first published in 1928 in the seminal pulp magazine Weird Tales. The Temple of Serpents is a short but gripping cautionary tale of dimensional travel by means of a sculpture with wish-granting properties. Ernst was only in his early twenties at the time of its publication. Ernst's biggest claim to fame is writing the bulk of The Avengers series of novel-length sci-fi and adventure stories between 1939 and 1942. Ernst wrote 24 of these tales for a magazine also called The Avenger under the Street and Smith publishing house pseudonym "Kenneth Robeson". Ernst was followed by the legendary pulp writer Ron Goulart on the series (also writing as Robeson), which featured a super-hero, The Avenger, battling a variety of villains. According to pulp and comic book authority Don Hutchison writing in the 1996 text, The Great Pulp Heroes, the character "can perhaps be considered the last of the great pulp heroes." Ernst is also remembered for his work on the Doctor Satan series for Weird Tales, which ran for a year between 1935 and 1936. These so-called "villain pulps" featured the evil Doc Satan, usually pitted against a wealthy occult detective named August Keane and his secretary Betty Dale. Ernst's career in alternative fiction petered out by the '40s as the market for pulp fiction dried up and general attention turned towards World War II. Ernst continued to write for mainstream magazines such as Good Housekeeping however, and was publishing journalism and short stories until his death in 1983 in Zephyr, Florida. 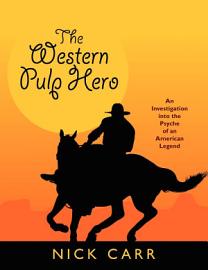 A popular and enthusiastic guide to the major continuing western hero characters of the American pulp magazine era, complete with bibliography, index, and illustrations of pulp covers, and with a new introduction by well-known Western writer, Ryerson Johnson. 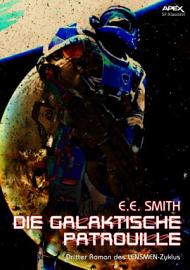 In the 1970s Philip José Farmer paid special tribute to the pulps with several stories. Greatheart Silver and Other Pulp Heroes collects these stories for the first time in hardcover! 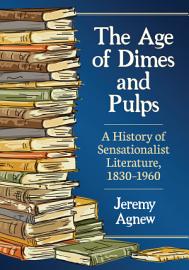 From the dime novels of the Civil War era to the pulp magazines of the early 20th century to modern paperbacks, lurid fiction has provided thrilling escapism for the masses. Cranking out formulaic stories of melodrama, crime and mild erotica--often by uncredited authors focused more on volume than quality--publishers realized high profits playing to low tastes. Estimates put pulp magazine circulation in the 1930s at 30 million monthly. This vast body of "disposable literature" has received little critical attention, in large part because much of it has been lost--the cheaply made books were either discarded after reading or soon disintegrated. Covering the history of pulp literature from 1850 through 1960, the author describes how sensational tales filled a public need and flowered during the evolving social conditions of the Industrial Revolution. 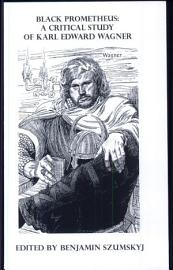 A series of costumed crime fighters in the tradition of the great pulp heroes of the 1930s, with new characters like The Scarecrow, The Black Ghost, The Grey Monk, and others. These are all new stories that originally appeared in small press magazines published by Tom & Ginger Johnson. This is the third volume in the current series. The first volume was published by www.mystictoadpress.com in 2005. The second volume was published by www.e-booktime.com in July 2006. All writers appearing in this collection have been previously published in various novels and short story collections. 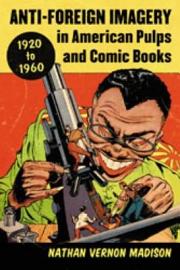 In this thorough history, the author demonstrates, via the popular literature (primarily pulp magazines and comic books) of the 1920s to about 1960, that the stories therein drew their definitions of heroism and villainy from an overarching, nativist fear of outsiders that had existed before World War I but intensified afterwards. These depictions were transferred to America’s “new” enemies, both following U.S. entry into the Second World War and during the early stages of the Cold War. Anti-foreign narratives showed a growing emphasis on ideological, as opposed to racial or ethnic, differences—and early signs of the coming “multiculturalism”—indicating that pure racism was not the sole reason for nativist rhetoric in popular literature. The process of change in America’s nativist sentiments, so virulent after the First World War, are revealed by the popular, inexpensive escapism of the time, pulp magazines and comic books.