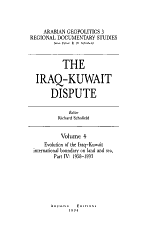 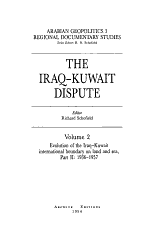 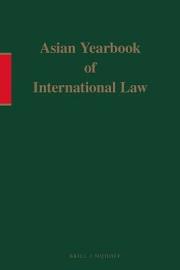 The "Asian Yearbook of International Law" is the first publication dedicated primarily to international law as seen from an Asian perspective. It provides international law articles written by experts from the region and other articles relating to Asian topics. The editorial board, national correspondents, advisory council, and governing board comprise a diverse group of academics and government officials from a wide range of countries and positions. The "Asian Yearbook of International Law" offers a number of useful features: - articles; - notes; - legal materials (such as the state practice in a number of Asian countries and participation in multilateral treaties); - Asia and international organizations; - chronicle of events for the covered year; - literature (including book reviews and a bibliography); - selected documents (treaties, agreements, and other relevant primary documents); and - an index. Its range of features assures that the "Yearbook" comprehensively covers the critical events, legislation, and issues of the past year and that users can easily access all of this information. Academics and practitioners who deal with international public law in Asia will appreciate this unique, complete resource. The "Asian Yearbook of International Law" provides insight into Asian views and practices, especially for non-Asian readers, and also promotes the dissemination of knowledge of international law in Asia. Some of the topics covered in this volume: recent trends in the jurisprudence of the international court of justice and international arbitral tribunals, with special reference to territorial and boundary cases; an environmental regime for the arctic and the antarctic analogy;Philippine civil procedure in transboundary disputes; international civil procedure in Indonesia and Japan; and transboundary civil litigation in Korea. 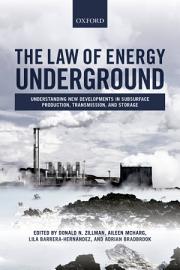 While energy has been extracted from the ground for two centuries, recent years have seen transformative changes to how easy it is to access underground energy resources. This book investigates the key challenges and legal consequences of recent developments in the use of the subsurface as a source of energy. It provides a comprehensive analysis of the new technologies that have made this possible, such as the extraction of unconventional oil and gas resources through horizontal drilling and hydraulic fracturing, also known as fracking. Further developments include the expanded use of geothermal energy, which has the potential to beome a major renewable energy source. The subsurface can also be utilised for long-term disposal or storage of environmentally harmful by-products of energy use, such as carbon capture and storage (CCS), and disposal of spent nuclear fuel and other nuclear waste. Successful development of these technologies could enhance the use of fossil and nuclear energy by reducing the harm caused by the release of greenhouse gases and harmful radiation. The authors bring together a wide variety of expertise and knowledge to examine the legal implications of the development and control of these underground activities. They provide an invaluable understanding of the legal frameworks applicable to the extraction of underground energy, both at the international level and in a number of important national jurisdictions. Importantly, the book analyses the different regulatory responses to these developments across five continents, and assesses in detail the environmental impact of new energy extraction technologies. 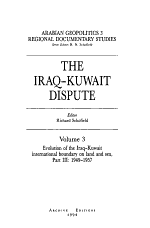 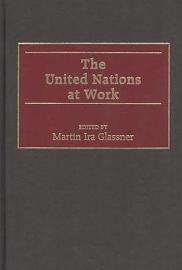 Essays contributing to the debate on the United Nations by presenting original, authoritative anaylses of selected UN activities. 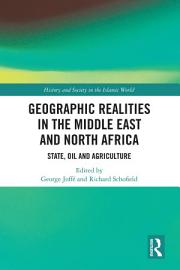 Celebrating the work of Keith McLachlan, a well-known and much-admired geographer of the Middle East and North Africa, this book combines three interrelated topics that define the region. The Middle East has been integral to the growth of the global oil industry, an aspect of its evolution since 1908 which has had profound geopolitical implications as well. The territory was also the arena for the last European experiment in colonialism, a development that has left its legacy even today. And, historically, it has been the location of the great hydraulic civilisations of Egypt and Mesopotamia yet is still dependent on the flow of its two major river systems – the Nile and the Tigris-Euphrates – in an era of impending climate crisis. These themes form the essence of themes that are discussed in the chapters that follow. Keith McLachlan played a significant role in our understanding of these themes and of their effects in the contemporary world, as the comments of those who worked with him and have contributed towards this book reveal. Examining agriculture, oil and state construction, this volume offers an insight into how the contemporary Middle East was constructed after the collapse of the Ottoman Empire. It is a key resource for scholars and students interested in geopolitics and the geography of the Middle East. 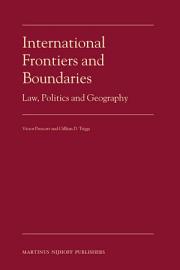 International frontiers and boundaries separate land, rivers and lakes subject to different sovereignties. Frontiers are zones of varying widths and they were common many centuries ago. By 1900 frontiers had almost disappeared and had been replaced by boundaries that are lines. The divisive nature of frontiers and boundaries has formed the focus of inter-disciplinary studies by economists, geographers, historians, lawyers and political scientists. Scholars from these disciplines have produced a rich literature dealing with frontiers and boundaries. The authors surveyed this extensive literature and the introduction reveals the themes which have attracted most attention. Following the introduction the book falls into three sections. The first section deals systematically with frontiers, boundary evolution and boundary disputes. The second section considers aspects of international law related to boundaries. It includes chapters dealing with international law and territorial boundaries, maps as evidence of international boundaries and river boundaries and international law. The third section consists of seven regional chapters that examine the evolution of boundaries in the Americas, the Middle East, Africa, Asia, Europe, islands off Southeast Asia and Antarctica. 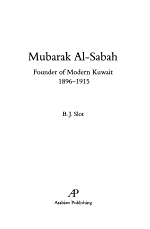 In this new biography, author B.J. Slot examines in unsurpassed detail, the career of Mubarak Al-Sabah, who ruled Kuwait from 1896 to 1915. The book presents a balanced assessment of the man and his political achievements, drawing exhaustively from a range of sources in British, French, and German archives. Mubarak Al-Sabah took control of his tiny state in 1896, just as the Ottoman Empire seemed on the point of swallowing it up. He managed to kindle a hesitant British interest in Kuwait, doing so by deftly exploiting a rivalry among European powers that was fuelled by speculation over Kuwaitâ??s strategic importance as the possible terminus of a railwayâ??conceived as a vital link in rapid communication between Europe and India. Mubarak contrived to make Kuwait a British protectorate, but in the vaguest and most deniable way. British officials came to seem more in his power rather than the other way around. Britain nursed doubts about the real strategic value of Kuwait, but remained afraid that another power might acquire it. Hence Mubarak could be confident that well-timed overtures to Turks, Russians, Germans, French, or even Persians would sow alarm among British officials and policy-makers. Ultimately it was only with the outbreak of the First World War that Britain dared publicly to declare Kuwait a protectorate, by which time its autonomy within the British system had become an accepted fact. Mubarakâ??s reign was thus pivotal in the history of Kuwait, establishing it clearly as a separate and sovereign entity under international law, while limiting the freedom of its British protectors.